Pyramids, Whenever we hear the name pyramid immediately a picture of Giza pyramids comes in our mind. After reading this whole post you will get the most of knowledge and lots of information about the pyramids of Giza and the Ancient Egypt Facts so let’s start.

If I ask which is the most beautiful place in the world so you say Switzerland, Paris, Pakistan, India, Etc. But do you know about the world’s mysterious place? If not so you must know that is Egypt. As you know we often see some mysterious things which shock us. But what if I say whole Egypt is a mysterious place in the world? About 4000 years ago Egyptian people where ruling Egypt. They have built very heugh buildings which are not possible to build in 21 century. I think the ancient Egyptians were genius and scientifically advanced than now because they have done a great job to built the Pyramids.

The great pyramid of Giza

Do you know about 23 lakh blocks of limestone were used in making only one pyramid? There is one more important thing which I want to tell you that the blocks of limestones which were used in building Pyramids are almost 2700 to 70,000 KG in weight but you will be in shock when I say that the modern cranes which are using to build heigh building and apartments can lift only 20,000 KG. So how it’s possible in 4000 Years ago without any advanced machinery?

Do you know about the Orion correlation theory? Basically when you see pyramids at the night so you will see that the pyramids align with 3 stars which are known as Alnitak, Alnilam, Mintaka. The scientist thinks that the people of ancient where very genius or they have supernatural powers because without using any equipment it’s impossible to make the pyramids accurately align with these three stars. One of the most mysterious things about pyramids is tunnels. There are many tunnels in Pyramids. People think that these tunnels where used in ventilation. But when scientists did research on it they found that the tunnels are blocked. So they can’t be used in ventilation.

Why the pyramids built?

There are hundreds of theories on why the pyramids built? People say that the Pyramids were built to store the dead bodies of kings and queens of Egypt by mummification. But do you know how many bodies were found yet? The answer is ‘0’. There is nothing found like a dead body in pyramids but there is a chance because the whole pyramid is not fully discovered. There are 138 Pyramids discovered in Misar But the Pyramid of Ghiza is biggest among all. The pyramid of Giza is also from the 7 wonders of the world.

It is almost 450 Ft long in height. One more interesting thing about the pyramid is that Ball and socket method. It is used in building these great pyramids. If you don’t know about this method so I will tell you that This is basically a method where the stone of a building absorbs heat and expend and it also helps to make a building earthquake-proof. So you can imagine how advanced they are in about 4000 years ago. You will be shocked when you know that the Pyramid has a air conditioner system. As you know about the temperature of Egypt but the temperature inside the pyramid is about 20 centigrade so how it’s possible about 4000 years ago.

Dendera light complex is a temple that the people of ancient Egyptians have built for there GOD (Hathor). The Dendera light is basically a light bulb but how it’s possible 4000 years ago? Some theorist says that electricity existed in ancient Egypt.

If you are willing to know about Afghanistan so click here.

Hello, This is Muhammad Umair. This website is basically based on Travel. Me and my team will provide you best travel information around the globe. Food-Buildings-Roads and much more are also part of our website so let's start a real journey. 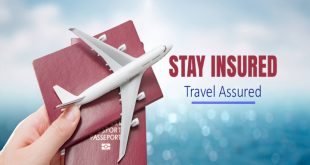 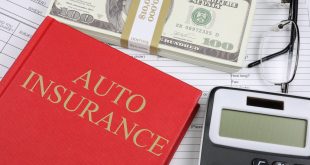 How to Get Cheap Auto Insurance Best Tips

Consider This Traveler Insurance for Your Next Vacation

Powered by WordPress | Designed by TieLabs
© Copyright 2022, All Rights Reserved